The photo below shows a row of lights at Grand Central Terminal in New York. I have very often photographed mysterious blue orbs on such a row of lights (as shown in this series of 55 photos).  But this is the first time a rectangular blue shape has appeared at such a spot. 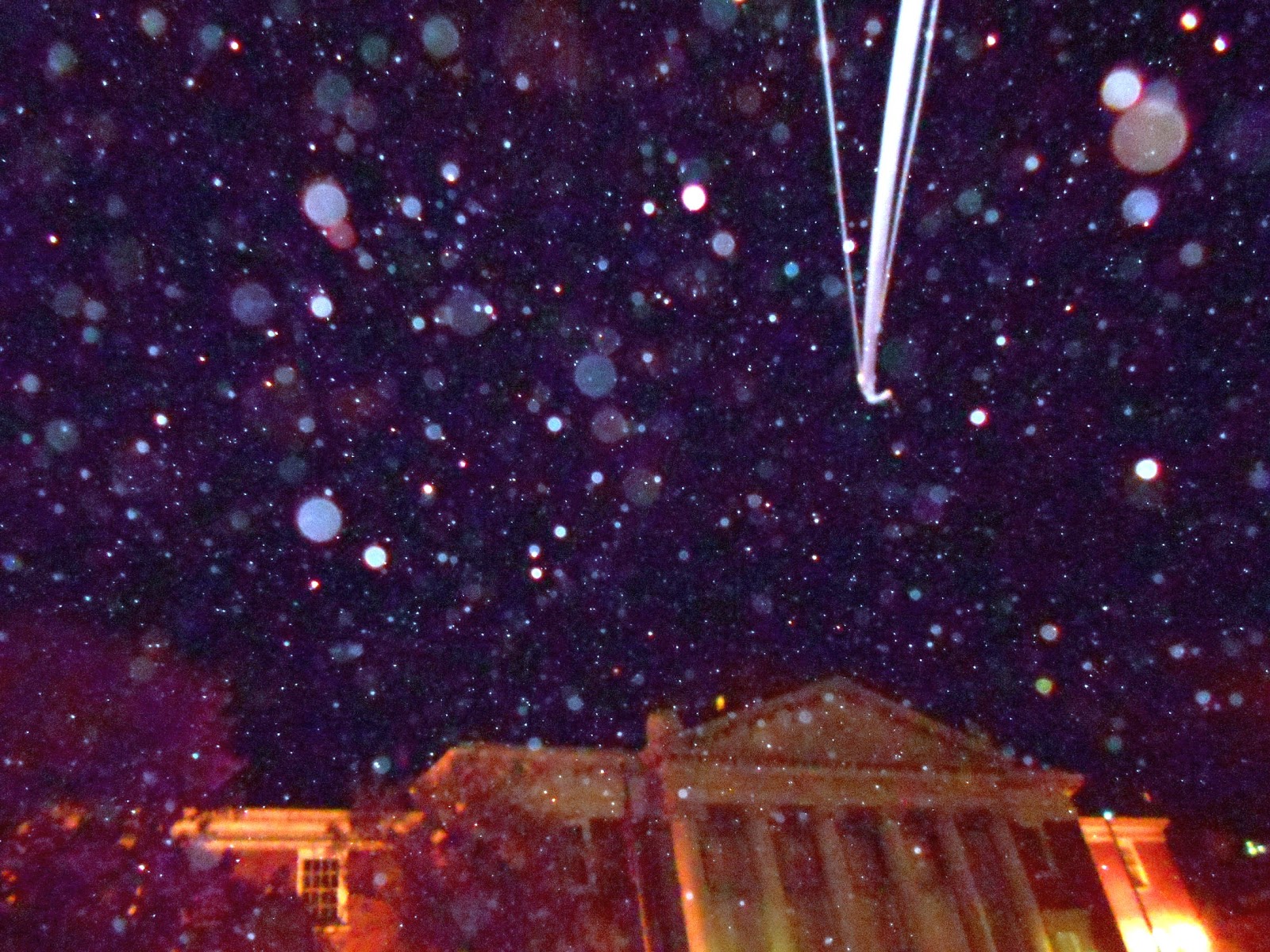