How to Get Started in Orb Photography

Orbs are mysterious circular or spherical anomalies that appear in photos. If you have been looking at the photos on this site, you may have wondered: could I get started myself taking this type of photo? The answer is: yes, you can. To get started in orb photography, you don't need any special camera or any special psychic ability. All you need is a positive attitude and some persistence. 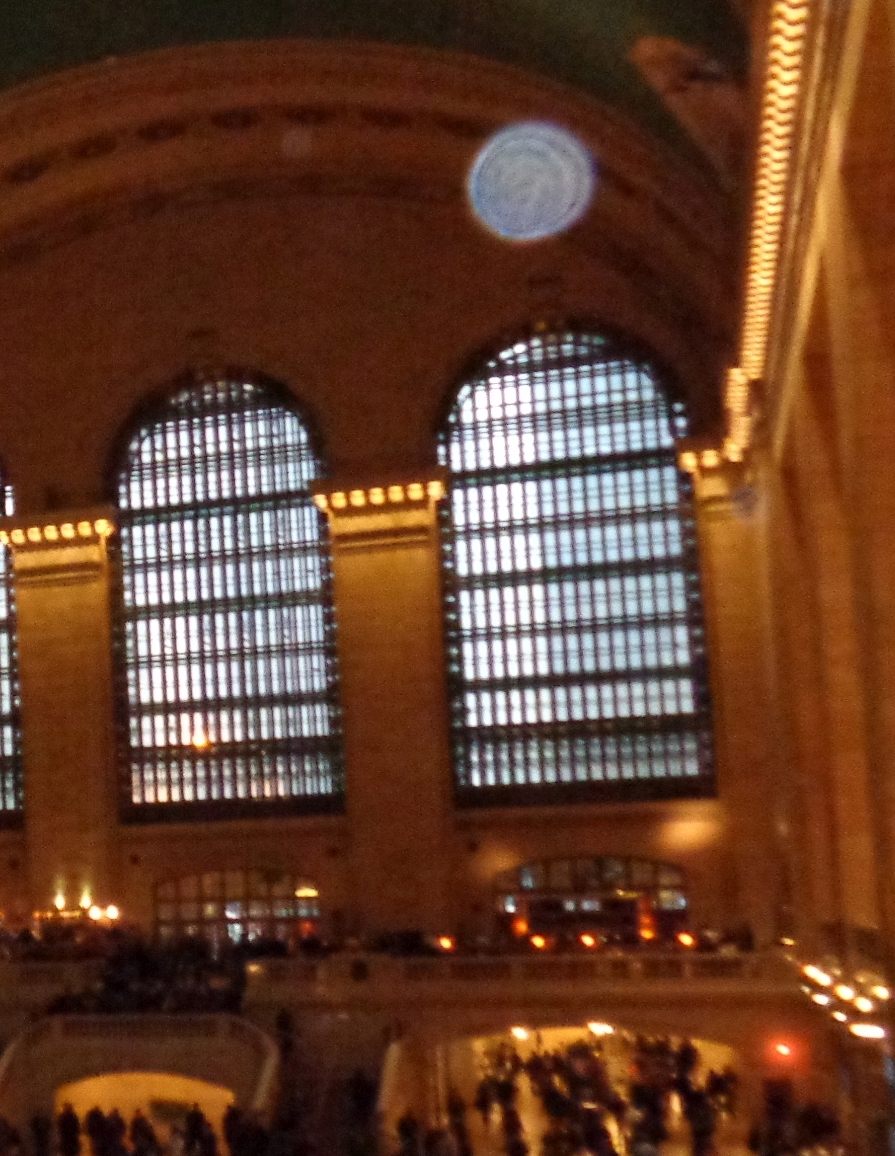 An orb in a photo on 4/10/15, one of 300 that appeared that day
First, let's look at the camera requirements. To get good orb photos, all you need is a simple “point and click” digital camera. I have got many great orb pictures with an inexpensive Olympus camera that is more than 5 years old, although in certain places I get a lot better results with a Sony DSC-W830 camera I bought last year for about $100. Any digital camera with a flash should work.

You can try the “TV remote” test by photographing the end of a a television remote while pressing on its buttons, such as the button to change a channel. Your photo will normally show at the top end of the remote a red flash that you can't see with your eyes. If it does show such a flash, it means your camera is picking up some infrared radiation. Such a camera will be good for photographing orbs. If you take several photos of a TV remote's end, and you do not see a red flash, it means your camera is not picking up infrared radiation. But such a camera may still allow you to photograph orbs.  The Sony A6000 mirrorless camera I use fails this "TV remote" test, but I still get many impressive orb photos with that camera.   I would say that whether your camera passes this "TV remote" test is not a make-or-break issue, but given two cameras, one that passes the test and the other that fails the test, it may be better to use the one that passes this test. 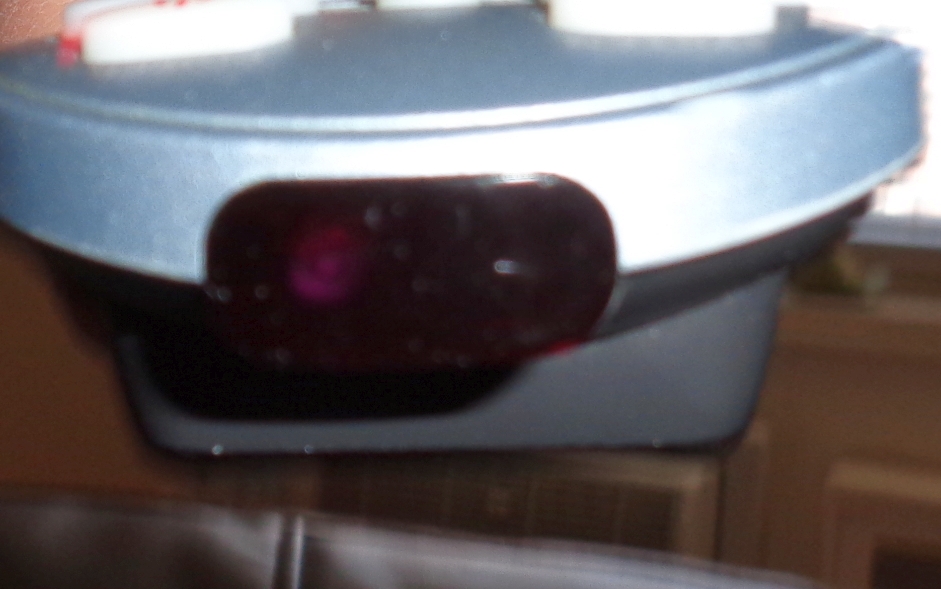 You may see a red light like this one

How do you get started in photographing orbs? It's really quite easy. You don't have to meditate or enter into some special mental state. All you need is patience and a receptive attitude.

Let me tell you exactly how I get started in orb photography, just to give an example of how easy it is to get started. One day in September 2014 I found myself in need of a blog post for my blog www.futureandcosmos.blogspot.com. I had read an online New Yorker article a day or two earlier written by a woman who claimed to have got a picture of an unrecognized figure in her home, which she thought was some kind of ghost. Lazily I thought to myself: let me try that; maybe it's an easy way of getting a topic for a blog post.

So I took out my cheap old digital camera, and said to myself: let me try to get something like this woman said she got. I audibly stated something along the lines of, “If there are any immaterial spirits who want to come forth and be photographed, please do so now.” I started taking some photos, thinking that there was maybe 1 chance in 100 that something interesting would show up.

That's how easy it is to get started. But to get additional orb photos you need some persistence. After getting my first orb photo I took more than 50 photos that showed no orbs. But then the orbs started appearing more and more frequently in my photos, in larger sizes, and in more interesting colors.

Astonishingly, I found that before long, orbs were appearing 100 times more often in my photos than during the first day or two that I tried to photograph orbs. The same thing has been reported by other orb photographers. On page 100 of the book The Orb Project, Klaus Heinemann (a PhD) states, “Since that first orb experience, the frequency of orb features in my pictures has skyrocketed, from an average one in about fifty pictures taken in 2002 to several in each picture taken now at similar occasions – a hundred-fold increase.” (This tendency, incidentally, is one of several strong reasons for believing that orbs are not mainly caused by dust. If orbs were caused mainly by dust, we should not at all see photographers reporting that they now get orbs in their photos 100 times more frequently than when they first started to photograph orbs.)

For the first several months, I did not get any striped orbs in my photos.  On July 16, 2015 I got first striped orb in a photo. They have been showing up very often since then, and by September 1, 2019 I had photographed more than 700 mysterious striped orbs.

But it takes significant patience and persistence to start getting lots of orbs in your photos. So don't give up if you get your first orb in a photo, and then get no orbs the next 50 or 100 times you try to take an orb photo. Keep trying, and ideally keep thinking or speaking some statement along the lines of: “I would like to see additional orbs in my photos.”

The nature of orbs is a mystery, but we can speculate that orbs may be some intelligent entities willing to make themselves known to humanity – but perhaps only to those highly interested in seeing them. So you may increase your chance of getting orbs to appear in your photos if you express a desire to see them. No matter how tenuous such a speculation may be, expressing a little desire is very easy, so you might as well try it.

You can express such a desire even if you don't believe in life after death (since for all we know, orbs could be some energy entities from some other dimension, or perhaps pure energy beings whose distant descendants evolved on some other planet). If you can't get yourself to say anything implying a belief in orbs, try a more neutral statement like this: “I am a person with an open mind, willing to consider new phenomena; so it might be rather interesting to get an orb in a photograph.” Any degree of interest you may express may increase your chances of success.

Do not be surprised if orbs appear more and more frequently in your photos, and in larger sizes and more vivid colors. As a general rule, you should try to keep photographing orbs in any place you have previously seen them. I get many orbs in my photographs whenever I photograph in particular places, but when I try to get them in other places I don't get them.

I can give the following general principles about orb photography:
If you get some faint, very small orbs in your photos, I would advise against posting such a photo. Be patient and keep photographing. With luck and persistence, you will soon have something much more dramatic, which will make a much better social media post.

If you are worried about being subject to ridicule, just be restrained in your description of your orb photo. Rather than describing it as an “amazing spirit orb,” you can merely call it something like an “unusual photo anomaly,” or simply make no mention at all of anything unusual.

Eventually you can buy a full-spectrum camera, one modified to let in more infrared radiation. I found that such a camera dramatically increases the number of orbs I photograph while taking night photos. But I don't recommend that you buy such a camera unless you have already had success photographing orbs with a regular camera.

So why not try to get started in the exciting hobby of orb photography? You have nothing to lose but your reductionist preconceptions.

How to Photograph Paranormal Patterns
Posted by Mark Mahin at 11:17 AM 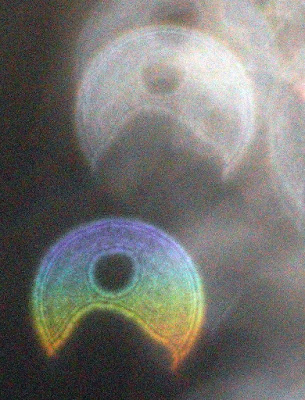