A Test That Debunks the “Moving Orbs Are Bugs” Nonsense

The skeptic started by giving a picture to supposedly show how a blue speeding orb could naturally appear. But the picture was produced through a most ridiculous procedure. A falling short fiber strand was photographed while a flashlight was held up to the camera lens – a flashlight that had a blue filter. Of course, such a procedure proves nothing. None of my 600+ photos of speeding orbs was taken while a flashlight was held up to the camera, and I never have used any kind of colored lens filter or colored light that might cause something that is not blue to look blue. And there are not fiber strands falling in front of my camera when I photograph.

Of course, since such a photo is irrelevant to explaining photos of speeding orbs, the skeptic offered another attempt at a natural explanation: that speeding orbs may be caused by insects. This explanation (and other proposed explanations for speeding orbs) is thoroughly debunked in this post.

The skeptic proposes that an insect can move at three meters per second. That's an overestimate. The speed of the house fly is five miles per hour, which is only two meters per second. Now, if you used a digital camera to take a flash photo of an object moving at two meters per second, would this produce some kind of trail of motion or double image or “string of pearls” effect that might look a little like a speeding orb? Certainly not.

The photo below proves the point. I took some little Cheerios about the size of a fly, and threw them toward a wall. The photo below captures the Cheerios in motion (with their shadows), moving at about three meters per second. The flash photo was taken with a cheap point-and-click camera, using no special settings. 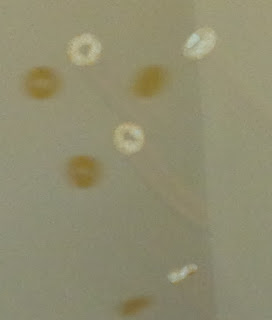 Notice that we see no trail of motion or double image or “string of pearls” effect  -- nothing resembling the dramatic "string of pearls" effect shown in these 72 photos. The Cheerios are simply caught frozen in motion. The same thing would happen if a moving fly were to be photographed. You might get a little motion blur if you photographed without a flash, but that's irrelevant, since all of my 600+ speeding orb photos were taken with a flash, which causes an effective shutter speed of about 1/1000 of a second.

There are three other reasons why “bugs in motion” is a completely absurd explanation for my photos of speeding orbs:
Clearly the “moving orbs are insects” idea is nonsense. Our skeptic has forgot the elementary principle that to try to explain something in a photo, you propose some cause that bears at least some slight resemblance to what was photographed. If you do a Google image search for “fly in motion” or “insect in motion” you will find no image that resembles a speeding orb. The only way to get an image of an insect looking anything like a speeding orb is to use a cheap security video camera, and freeze frame an image from that, perhaps after dabbling some honey near the camera to attract insects. Such an image does nothing to explain flash photos taken with a digital camera.

Postscript: Another way to do such a test is to place your camera on a little base in front of a bowl, and then drop Cheerios from a distance of about a meter above the camera. This will cause the Cheerios to accelerate to a speed of about 4 meters per second, twice the speed of a house fly.  Below is a photo taken through such a method.  The fly-sized Cheerio particle was falling directly in front of the camera lens, at twice the speed of a house fly. We see nothing resembling a speeding orb. 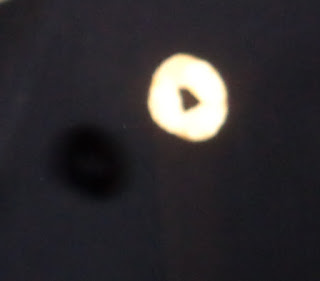 A better procedure is to try the same thing using raisins rather than Cheerios, because a raisin will match the black color of a house fly. Below is a flash photo using such a technique. Dropped from a height of one meter, the raisin was falling directly in front of the camera lens, and was falling at twice the speed of a house fly. We see nothing resembling a speeding orb. In this case we can see that using a flash on a dark object will not at all cause it to become white-colored.  The photo shows the falling raisin and its shadow. 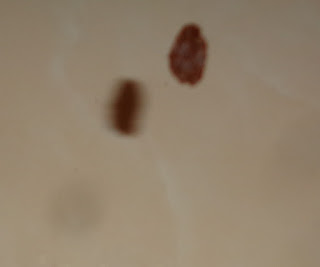 We can summarize the case against insects as an explanation for moving orbs by saying that flying insects are the wrong speed, the wrong shape, and the wrong color. 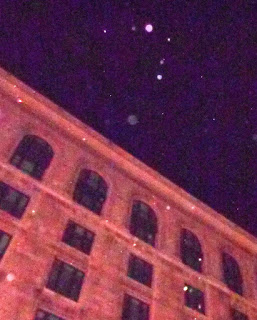 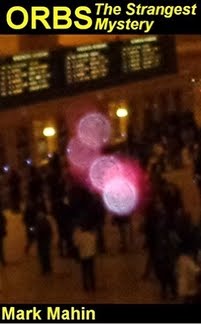 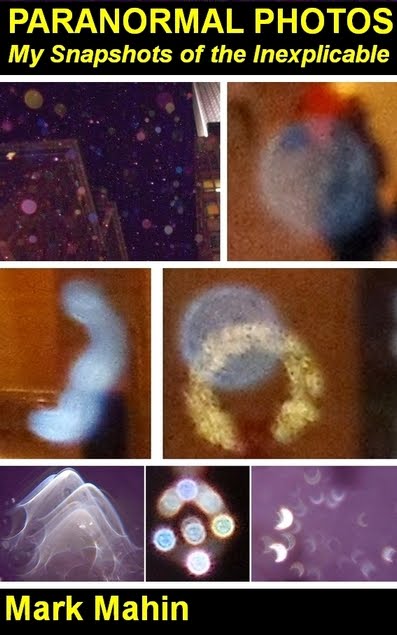