Four Freaky Facets of This Photo

I took the photo below while photographing nothing but ordinary drops of pure, clean water falling against a dark featureless background.  We see four forms of bizarre weirdness that some closeups will reveal. 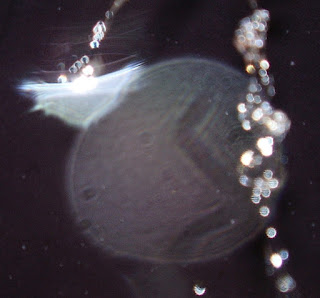 The third freaky facet is the part at the top left, a closeup of which is shown below. It looks like a column of keyholes. 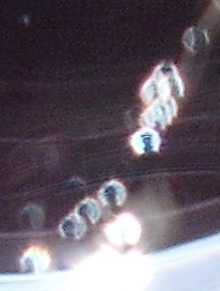 The fourth freaky facet is the part in the middle right, a closeup of which is shown below. We see some orbs with inexplicable pairs of parallel stripes. 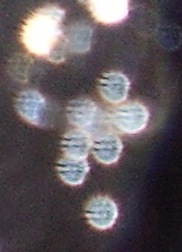