Yet Another "Flag Edge Aligner" Orb

The photo below shows an orb in front of the flag at Grand Central Terminal. 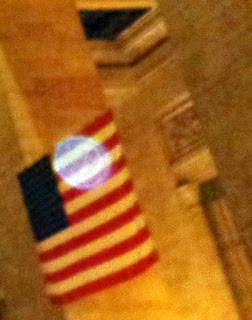 I get an unusually high number of photos showing orbs exactly aligning with the edge of the flag in this station, which you can see by looking at this series of photos.  My previous count was that I had taken 28 such photos. But that was based on only orbs aligning on the flag edge, and appearing outside of the flag. Upon seeing this photo, it occurred to me that my count should also include orbs  aligning with the flag edge, regardless of whether they are outside of the flag. So I tagged a few additional photos with the "orb aligned with flag edge" tag. My count is now that I have taken 33 photos showing orbs that are aligned with an edge of the US flag.
Posted by Mark Mahin at 9:13 AM 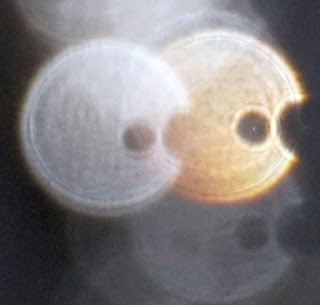