When the Camera Jerked, Everything Looked Blurred Except the Orb

The photo below (showing Grand Central Terminal) is one of those "jerked camera" photos you get when you accidentally move the camera while the photo is taken. We see everything in the photo has that streaky, blurred, jerked-camera look, except for one thing -- the mysterious orb at the top of the photo. 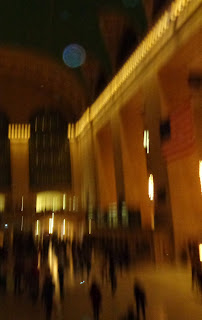 Below is a closeup of the orb, which looks just as sharp as it looks in many clear, sharp photos I have taken. 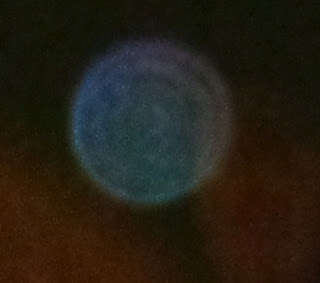 I have four times previously photographed this type of anomaly, as shown here, sometimes photographing sharp, clear orbs in photos that were much more blur-streaked than the top photo above.  This type of thing seems impossible to explain under conventional assumptions. It is almost as if the orbs are defying the laws of optics in such cases.
Posted by Mark Mahin at 8:46 AM