Below we see three mysterious orbs I photographed indoors on the dates displayed. They all have the exact same pattern of two stripes, one wiggly and one straight. 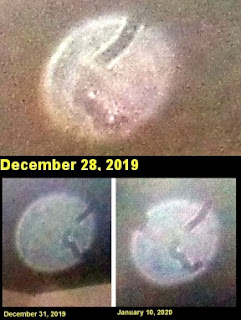 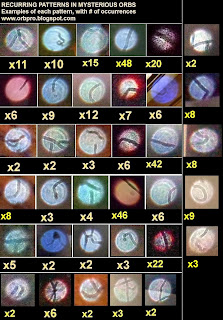 Postscript: The pattern show at top has appeared two additional times. See here for a grid showing all five appearances.
Posted by Mark Mahin at 7:48 AM 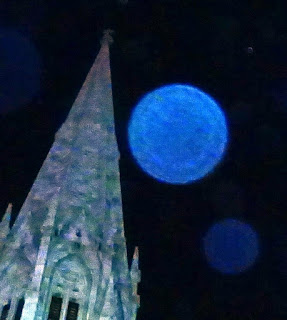